With an aerial lineup made up of some of the most famous and talented performers in the business, spectators at the Smoky Mountain Air Show are in for a heart-pounding show. In a ceremony on February 23, an industry-legend and the official voice of the Smoky Mountain Air Show, Rob Reider, unveiled the official line up for the 2016 show announcing six aerial acts that will join the US Navy’s Blue Angels in Knoxville.

Greg Koontz has been in the air show business for more than 40 years. He has performed in more than 350 air shows dazzling crowds with his trademark aerobatic maneuvers. 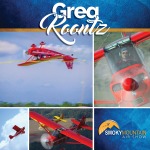 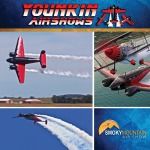 The Commemorative Air Force Dixie Wing teaches spectators about WWII aviation through living history. They are dedicated to restoring and preserving historical military aircraft in flying condition for all generations to enjoy. 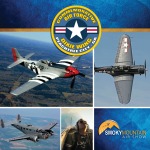 Aeroshell Aerobatic Team has been performing in air shows all over North America for more than 25 years. The precision AT-6 Texan flight team performs captivating maneuvers in tight formation. 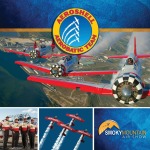 Jacquie Warda, aka Jacquie B, launched her solo aerobatic career at the young age of 50. With more than 2,800 flight hours and more than 1,000 air shows behind her, Jacquie is sure to entertain and inspire. 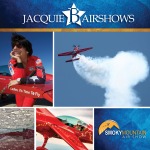 The F-16 is a compact, multi-role fighter aircraft. It is highly maneuverable and has proven itself in air-to-air combat and air-to-surface combat. It provides a relatively low-cost, high-performance weapon system for the United States and its allies. 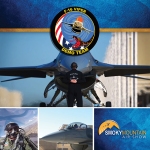 The sky isn’t the limit for the Smoky Mountain Air Show. When spectators aren’t marveling at performances in the air, they can enjoy more than 20 static displays on the ground. A wide array of aircraft will be represented giving all those who attend a great view of aviation throughout history. Click here to view a full list of displays.